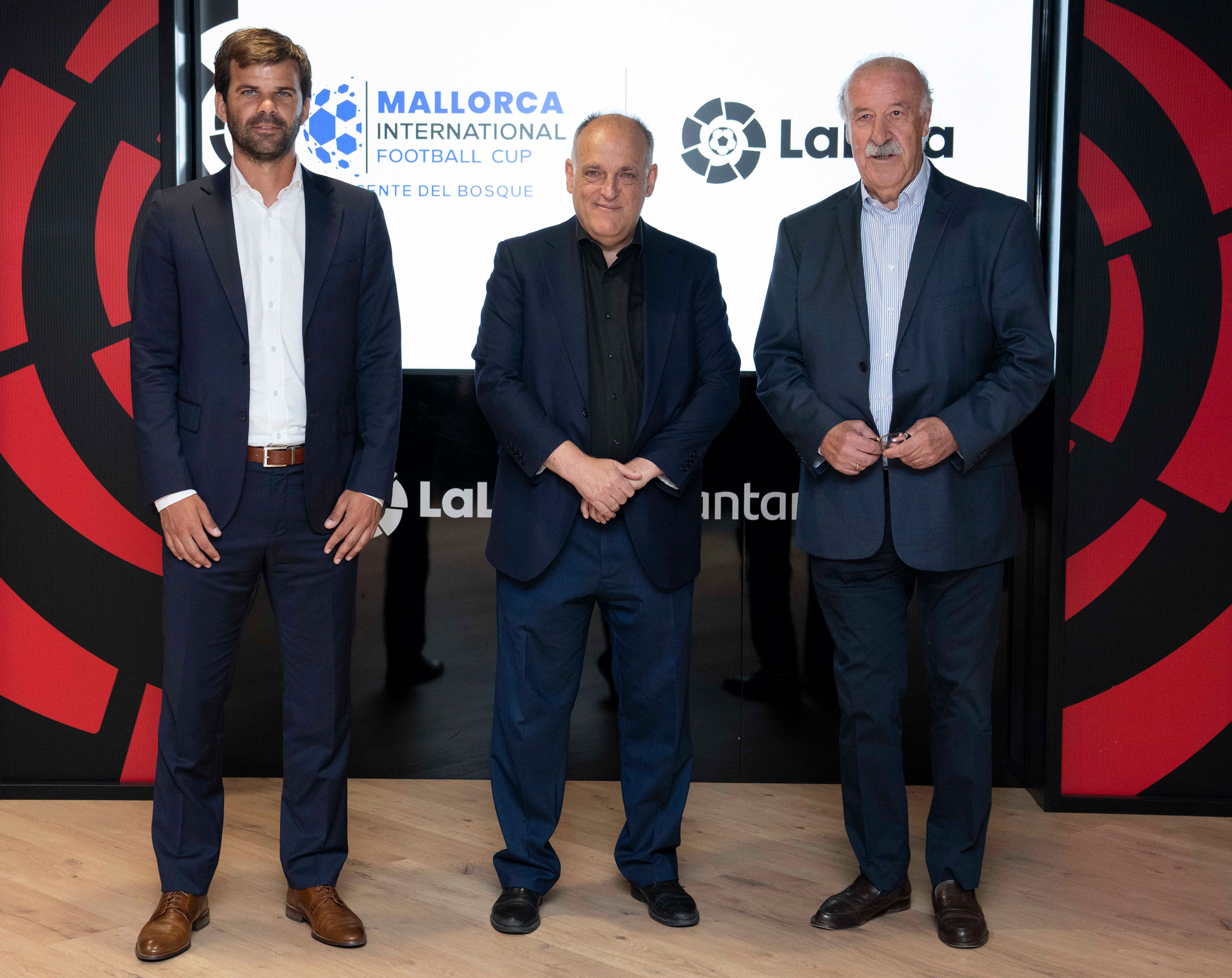 LaLiga has signed an agreement with Vicente del Bosque Football Academy to promote the new initiative Mallorca International Football Cup, a soccer tournament for boys and girls with a focus on training in values with a global vocation that will take place in the Balearic Islands between the June 28 and July 2.

LaLiga will collaborate with the organization chaired by Don Vicente del Bosque, ambassador from 2019 of LaLiga Genuine, the LaLiga competition for footballers with intellectual disabilities, for the development and promotion of this sporting, touristic and inclusive event, where LaLiga clubs such as Levante UD and Real Betis participate.

The “Mallorca International Football Cup” will have the following categories: Alevín and Infantil, both soccer 8/11 and futsal, integration soccer (Genuine), women’s base soccer and Legends category (veterans).

Both organizations coincide in their commitment to soccer as an educational and integrating tool, and share fundamental values such as tolerance, integration, companionship and sportsmanship, so their collaboration arises naturally.

The Vicente del Bosque Football Academy projects already have more than 12,000 athletes from 26 nationals since its launch in 2011 and, after the success of the 5 editions of the local tournament “Vicente Del Bosque First Mallorca Cup”, which was held between 2015-2019, has wanted to go a step further and launch this first edition of the new “Mallorca International Football Cup”, a cultural, social and sporting event with an inclusive, family and tourist vocation, which is positioned as a benchmark in this type of events. LaLiga will incorporate this event into the annual calendar of activities in which it is listed as a participant.

LaLiga, for its part, has extensive experience and know-how in this type of project, and since 2021 has made a firm commitment to training and educational and social sports projects through LaLiga Grassroots, its new global initiative to promote and encourage grassroots soccer around the world, which has already accumulated more than 500 projects in 40 different countries through which more than 175,000 players have been trained.

“We are very pleased to collaborate with Vicente del Bosque Football Academy, as we share very similar ideas about the role of soccer as a tool to improve society through the positive values of sport. At LaLiga we are firmly committed to grassroots soccer for the development from childhood not only of good soccer players but also of good people, and we also have pioneering social projects at a global level such as LaLiga Genuine, our competition for players with intellectual disabilities, unique in the world, of which Vicente del Bosque is an ambassador.“Javier Tebas, president of LaLiga, said.

“We are convinced that going hand in hand with LaLiga in the sports training projects that we carry out at the Academy and especially in the new initiative of the “Mallorca International Football Cup” to promote family tourism through sport for all, is the best way to give visibility to all groups that practice soccer, creating a reference event that can settle in the calendar in the coming years with international repercussions.“says Vicente del Bosque.

END_OF_DOCUMENT_TOKEN_TO_BE_REPLACED

Don Vicente Del Bosque, ambassador of LA LIGA from 2019 in programs promoted by this organization, signs an agreement for the new initiative "Mallorca International Football Cup" organized by Vicente Del Bosque Football Academy. LaLiga would like to collaborate with...