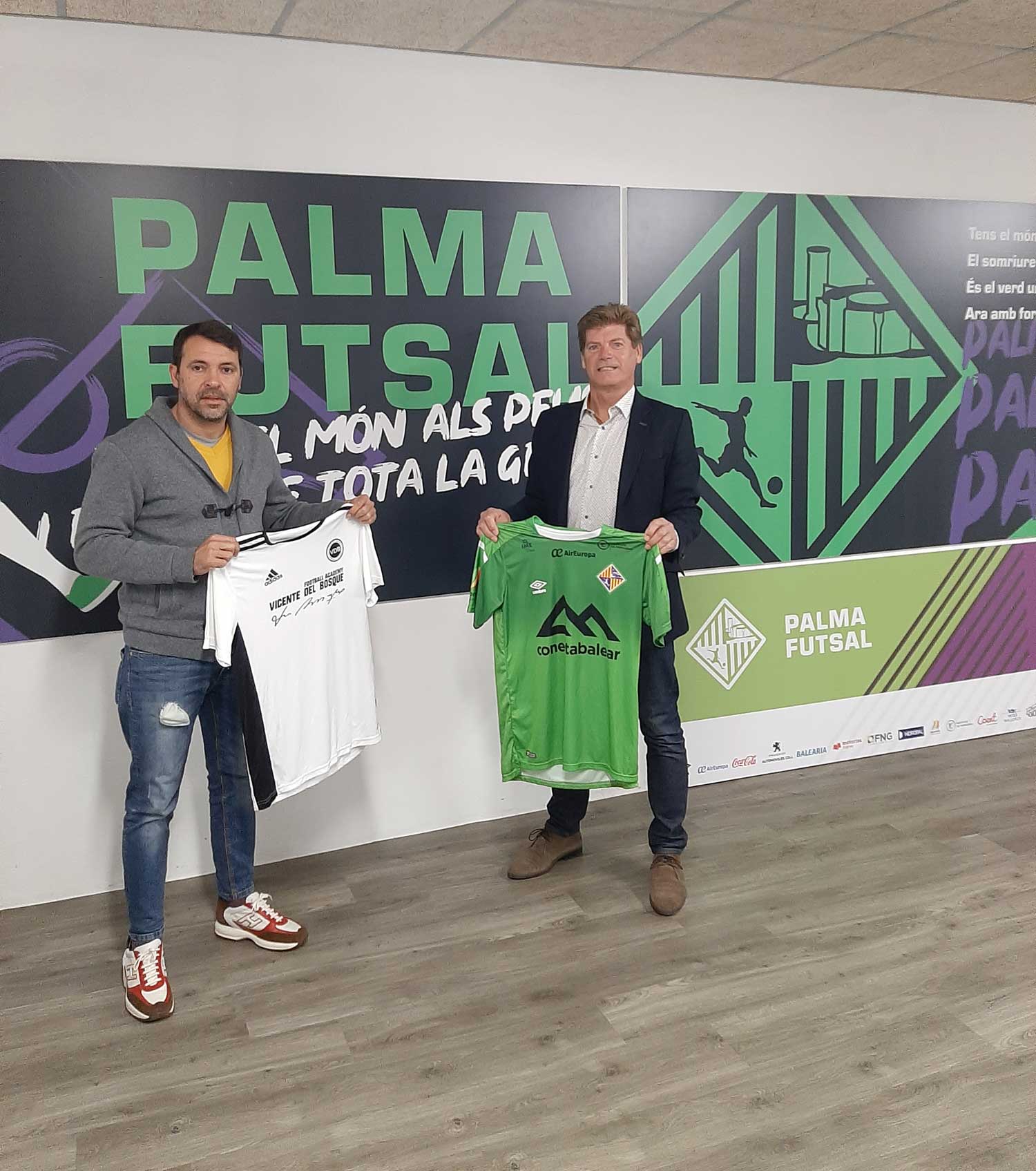 We are proud to announce the collaboration agreement between the Vicente Del Bosque Football Academy and Palma Futsal to organize the Futsal Futsal category in the Mallorca International Football Cup tournament.

José Tirado, Sports Director of Palma Futsal on behalf of the club and Pau Albertí, Director of Vicente Del Bosque Football Academy have signed the agreement for this new initiative.

Palma Futsal is the reference futsal club in the Balearic Islands and also in the National Futsal League (LNFS), considered the best league in the world.

In addition to being a professional club, it also has a vocation for training, a commitment to the youth and makes this sporting and social project even bigger if possible, with the greater value of educating children in sports, which goes hand in hand with the philosophy of sports training in values of the Vicente Del Bosque Academy.